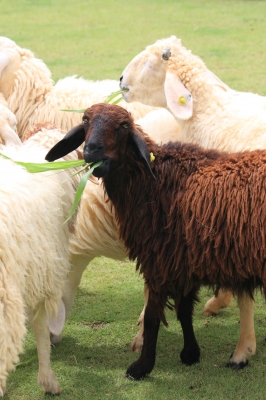 The Value of a Black Sheep

Some months ago, I met a high energy General Manager from a male dominated industry.  Although it was a social event, we did talk a little about work and I walked away inspired by his enthusiasm and vision.  I was thrilled when he contacted me and engaged me to do some work with the women in his workplace.

We caught up again recently over breakfast to discuss workshop ideas but covering not only short-term but long term planning.

He mentioned he would like to recruit more women into the company, but said that at the moment his plan was to focus on developing the 30 female staff he already has employed.

Like most industries he’s had to cut jobs due to his clients not going ahead with their projects. He said “in these tough times I need to look after and develop those who are left behind and ensure they are enjoying their jobs and their motivation is high”.

In my book that makes him a “black sheep” as he stands out among the crowd of businesses doing nothing but treading water.  Although we all know the value of happy, productive staff who add stability and profitability to the bottom line, very few companies have the vision to do what he’s doing in these tough financial times.

As someone who is always looking to do it better, at breakfast he was open minded to my suggestions and very clear on the outcome he was looking for.

He had already decided on an off-site two-day workshop.  What’s the point of bringing people together for training, if there’s constant business distractions diluting the value of what’s happening in the classroom, was his opinion.  All female employees around Australia and PNG will attend.

A confidential survey will be completed first, so they can honestly answer if they are happy with what they are doing and whether they would like to move up in their careers or just be developed into a better person and fulfil their current role.  It will also ask them what they would like to see covered.

They will complete a psychometric test which will be the basis of our Communication segment in the workshop.  They will learn their own styles, how to communicate with others and become empowered to put up their hands when they have great ideas.

This information will be used to create other reports on team dynamics and areas for natural development.  Ultimately at the end of the two days, they will create their own development plan to work through with their HR Manager.  We know that when employees are involved with their own development, rather than being told what they need, it is more likely they will be fully engaged and with better overall results.

I’m looking forward to the challenge and the on-going plans we have, to ensure the HR & Training Managers can carry this process on independently.  I’m always happy to consult on what’s next but success is when the company can carry on without depending on me or anyone else.

With the recent release of the survey which tells us that companies with women on their Boards outperform Boards with men only, I would be very surprised if this General Manager hasn’t already got that goal in sight.

Richard Branson says it all: 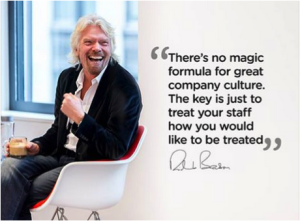 Previous post Managers: Injuries can happen any where and at any time

Next post Don’t Let Resistance Stop You from Making Changes